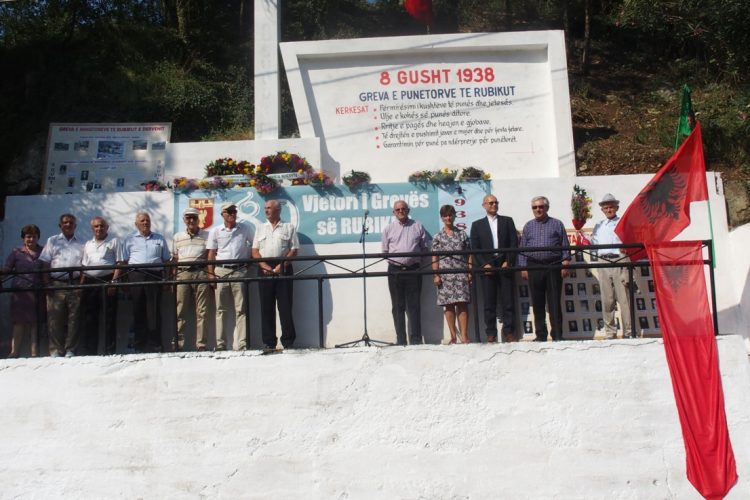 IN MEMORY OF THE RUBIK STRIKE

Every August 8th is broadcast the artistic film “Stone of Besa”, realized in the Rubik and devoted to the strike of the miners of this area with the confidence and virility. It is the core of Rubik’s galleries, initially of less than 100 people, considered to be the first working class nursery in Albania, along with Selenica’s miners and initiators of Kucova.

In the 30s of the twentieth century, Rubik carried out research and geological studies by foreign scholars and scientists in search of precious mineral stones, where today is the mine, in Wallace, Spice and Kulm. After discovering the copper ore reserves, on March 30, 1938, Zog’s government granted the right to use the new mining company “SIMSA” with the capitalist Pridi Dalfini, where a land area of ​​17 hectares was landed with a concession for one period of 99 years. This society started work immediately at Rubik’s Corner with local and Italian entrepreneurs. Mining exploitation became very difficult, because in the galleries and wells there was plenty of water, there were collapses of the fronts, no mechanisms, but the free labor force was used. All work processes were carried out with the strength of the miners’ wing, the executives of the enterprise provided no solution. Precisely for this difficult state, miners’ resentments grew every day. They paid 5 Lek per day for 13 hours of work. Mensa only worked for foreigners. To sleep the miners were laid in place of the oak mattress and a good part of them slept beneath the bridges of the bridge over the Fane River. For their horses, the Italians had built stalls and served them better than miners. Out of this extraordinary exploitation, the awareness of miners was growing to fight with every means to gain their rights to provide bread and livelihood for their families. Under these conditions, the miners began to organize themselves by raising their work councils with a great deal of secrecy according to the brigades and the sectors so that they would not look into the eyes of the masters because they did not allow their gatherings. Given the conditions, revolt grew so much that miners decided to launch the strike. The Italians took extreme measures by fining and firing miners, but with these actions they increased the dissatisfaction and hatred of Albanian workers against Italian patrons.

On August 7, 1938, the miners Mark Preng Mark Zefi, Nikoll Bardhok Bajraktari, Ndue Llesh Ndoka, Llesh Mark Ndoj, Ndrec Ndue Lleshi, Nikoll Preng Nikolli and Gjergj Marena met with the miners and initiated the strike. Workers descended from the Corner fell into Rubik, the next day on August 8, 1938, it was decided to launch strikes. The initiator group also joined Ndue Geg Përlala, Gjin Mark Lleshi (Doda), Mark Preng Buba and Pjetër Preng Biba from Lugs. On August 8 in the morning, miners blocked the offices of the company’s directorate, as they were most of the managing staff since that was the day of workers’ salaries. Italian drivers were surprised by such an organization of all the miners, so they wanted to leave, but the miners did not allow them without considering their requests and to send them to Tirana. The pressure of the miners forced the entrepreneurs to take into consideration the demands that were:

1. Reduction of daily working time from 13 to 10 hours a day.
2. Increase the salary from 5 to 6 lek per day.
3. Supplementing working and living conditions.
4. The right to weekly and monthly holidays and religious holidays.
5. Guarantee for uninterrupted work of workers.
The state that was created shook not only Italian entrepreneurs but it surprised even Ahmet Zogu’s government, as the miners’ claims were cut. An important role in this movement was the work councils that at that time were the trade union councils of Albania. The miners had forcibly demanded that if the answer from above did not solve the problems raised, the work would not start in the mine. Forced by this situation, the Prefecture of Shkodra sends the telegram to the Minister of Internal Affairs with no. 486, now 1930, of that day saying that: “The Lezha sub-prefecture informs us that 400 workers of Rubik and Kulme-Derveni were laid on strike.” In response to the commander of Lezha, with 20 gendarmes to stop the strike; an answer that did not take effect as the miners had signed the pledge.
They also set in motion the priest of Rubik, Father Ceril Cani, who called Mark Ndue Gegën, who was in the direction of this movement, advising that you committed a sin that you have left the work and should come and confess as soon as possible. But Mark Ndue Gega replied, “We have done no sin to come and confess. We have given 400 men to each other’s covenant, and God says that the given faith does not come back. Starting with 400 tales, it will take about two or three months and you will not have time for another church affair. So please do not work with others, but deal with your religious work. We will fix some of our problems or we will die. You have to help, not to restrain the way we started, “said Mark Ndue Gega to the Rubik Priest.

The strike did not stop, but it continued for 4 ongoing days. Like a revolt way the miners threw down in Rubik bridge the the director’s car, because from his side, did not get any response for their demands.

In the end,, from these actions that were happening, the owners have been constricted that the majority of the worker’s rights to begin giving the solutions with the promise that will fulfill them. In this way, on 12 August 1938 the strike ended, and why in that period of time, the communication tools were so few, the voice of that strike, has been heard all around the country. 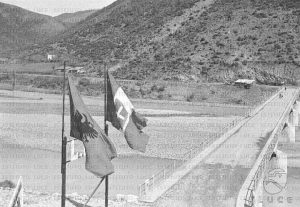 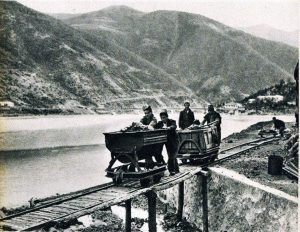