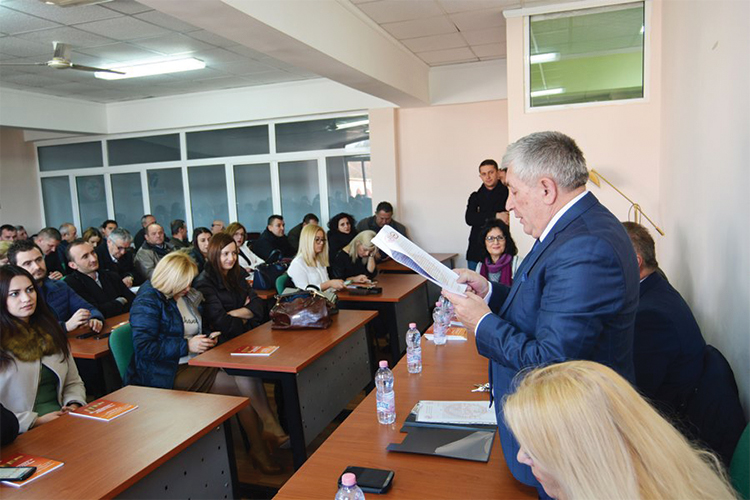 On 22.12.2016, TUFIWA leaded by General Secretary Mr. Taf Koleci, presented the annual report of 2016’s. Mr. Taf Koleci, first of all reported in front of dozens of  TUFIWA Leaders and members of the Federation, the achievements,projects and thee difficulties that TUFIWA has passed during the year. He stressed the good work of the unionists that are on the top of the trade union sections in different companies, that TUFIWA has Collective bargains. The General Secretary of TUFIWA presented, documented achievements of the federation that he leads, where first of all need to stress

Also has been presented to the participants the projects that are underway. Moreover Mr. Koleci stressed some problematic stuffs that need to be resolved along the 2017’s, and to work with all the possibility ways and the union’s force to support all the employees.

In the end have been presented the trade union goals that are as follow: