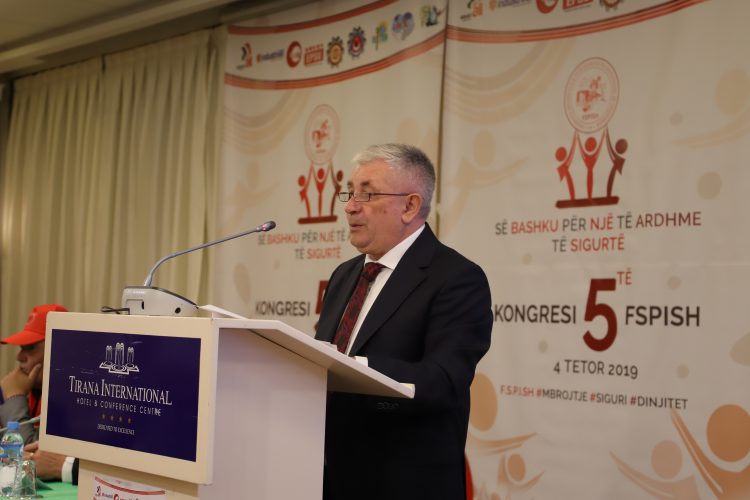 On October 4, 2019, the 5th Congress of the Trade Union of Industrial Workers of Albania (FSPISH) took place in Tirana International Hotel, Tirana.

This Congress brought together about 400 trade unionists and guests from around the country and from World Trade Unions, with whom the FSPISH has been working for years.

In his speech, the General Secretary of FSPISH, Mr. Taf Koleci, said that over the past five years, the FSPISH and its trade unionists have had many victories, but he also stressed that these victories were deserved. The dedicated work of all trade unionists has made this Federation the largest and most consolidated Federation in Albania today. Of course the challenges were not lacking, but they have made the fight for worker’s rights even more difficult.

The FSPISH is a Federation of world standards, and this was confirmed by 14 foreign delegations, 38 international guests, by Trade Union Organizations from the Balkan region, Europe and beyond. Presence of the General Secretary of the largest European trade union organization industriALL Europe, where FSPISH has been a member for years, for the first time participates in an Albanian Trade Union Congress, confirms union solidarity and correct cooperation in the trade union organization with FSPISH.

FSPISH fights for the rights of every worker, both collectively and individually.

TOGETHER FOR A SAFE FUTURE! This is and will be for FSPISH as a compass for this 5 year mandate. Safe job continuity, decent and safe work for all, dignified pay for a dignified life, the fight against informality, protection of migrants’ rights, gender equality, youth priority and many more are the points very important on the FSPISH agenda, which as always will be primary to achieving prosperity for all our members, but not only. FSPISH has been the promoter of some national benefits such as lowering the retirement age for miners, drafting a draft on Miner Status, etc.

During these 5 years FSPISH has taken important actions in the protection of former miners and miners, metallurgists and oilmen. This was a strong impetus for the Albanian Government to approve the Supplemental Financial Treatment for employees of these categories. Also, FSPISH has made possible, through negotiations and dialogue, the increase of salaries in OSHEE sh.a., from 35% to 180%, for all employees of this company. This has been the largest growth in the history of this company and of another company till now. Also in the context of collective employment contracts, FSPISH has made great progress in terms of employee benefits, enabling them to maximize their well-being. The next 5 years will be without doubt a 5 year achievement and success in terms of the rights of our members, but not only, all the employees in the Republic of Albania, as all the benefits gained extend to all employees, whether members of the FSPISH or not. The FSPISH is a democratic union that fights for the rights of all workers.

In this Congress, Mr. Taf Koleci was unanimously entrusted, by all delegates in Congress, for another 5 – years mandate to lead FSPISH. 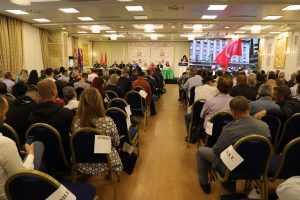 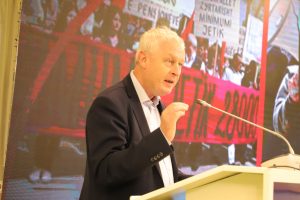 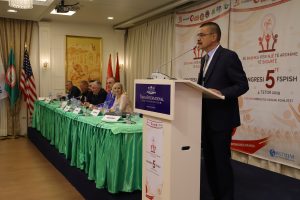 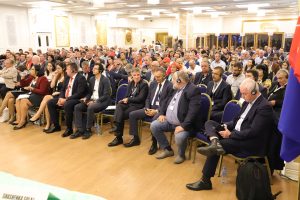 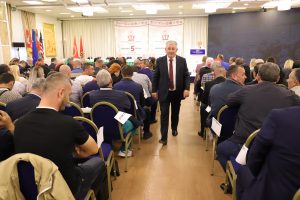 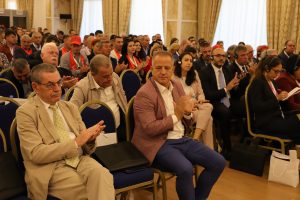 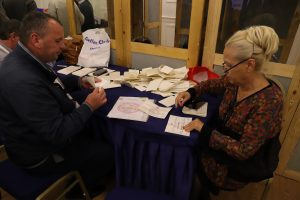 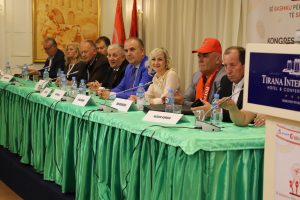 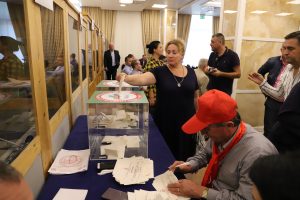